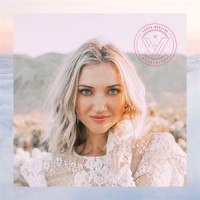 THE EAGERLY awaited album by Nashville-based country singer Sarah Darling has now been put back to 7th June. The UK-recorded 'Wonderland' has already been highlighted in a six-page article in Country Music magazine. A single from the album, "Fire", has been released. The song is described as "an emotionally charged song written by Sarah, with Pete Hammerton (Kylie Minogue, The Shires) and Shelly Poole (Ward Thomas, The Wandering Hearts)."