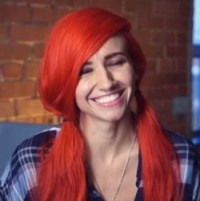 THE CANADIAN mainstream singer Lights has released the album 'Skin & Earth Acoustic'. She said, "First timer here producing and mixing a whole project but I'm hella proud and *might've* put a little too much of me into this one." The original 'Skin & Earth' studio album was released in September 2017.