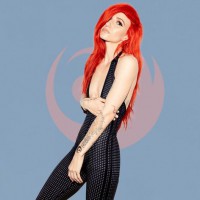 CANADIAN pop star Lights has released "Skydiving", the second song released off her forthcoming concept album 'Skin & Earth' - and the track that corresponds to the first issue of what is described as "Lights' post-apocalyptic comic series".