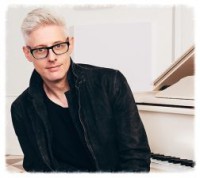 THE FIRST Christmas project by internationally renowned worship man Matt Maher is set for release on 19th October. The 13-song 'The Advent Of Christmas' will be released by Essential Records and will feature both original songs and traditional carols. Said Maher, "From the very beginning and through the history of Christianity, the season of Advent has been a way of remembering (more fully) the mystery of God becoming human. Long before the Macy's Day Parade, red Starbucks cups and The Elf On A Shelf, Christians marked the passage of time in the four weeks before Christmas by remembering and embracing the sense of anticipation around the arrival of the promised Messiah; to prepare for the coming of Jesus. When you have relatives and friends coming for the holidays, you try to take time to get ready. The whole point is to prepare. I wanted to have a collection of songs - some that are familiar and many that are new - that prepare us for the four weeks of Advent and how each week is devoted to the concepts of hope, peace, joy and love."