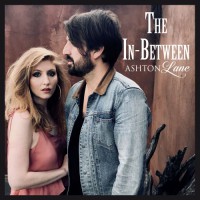 MAINSTREAM country and Americana band Ashton Lane will launch their latest album 'The In-Between' at a concert at St Luke's Church, Glasgow on Thursday, 29th November. The first single from the project, "Marilyn Curls", is also set for release. All the tracks on 'The In-Between' have been co-written with Ashton Lane fan Elaine Anderson. "Marilyn Curls" tells the tragic story of Ruth Ellis, the last woman to be executed in the UK.