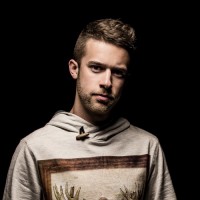 A RAPPER and producer from the little town of Hartville, Ohio, Quinten Coblentz, who first became known when he produced the remix of "You Will" on Andy Mineo's 'Heroes For Sale: Remix' EP, has released an album and two singles. Quinten's 'Sahara' album features guests Brandon Mitchell and, on the title track, Yohan. Tracks also released as singles are "Limo" featuring Json and "3 To 1" featuring Dru Bex and Shope.