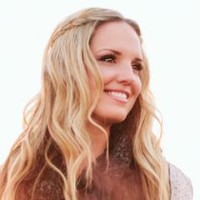 A SINGER and songwriter from Nashville, Heather Schnoor, has released her debut single "All In". The song was produced by Jeff Pardo (Francesca Battistelli, Hillary Scott). Read a press release, "A Midwestern native and opera singer, Schnoor moved to Nashville to pursue country music, performing at Ryman Auditorium and a televised event for the Tennessee governor and presidential hopeful Mike Huckabee. However, after a life-changing trip to Haiti to work at an orphanage, Schnoor began volunteering for various non-profits and ministries. Her life transformed again when she visited the ocean. 'My favourite place in the world is the ocean,' shares Schnoor. 'It's the water, the sunsets, the mountains. I feel closest to God when I see that huge never-ending body of water. It was there that I had a pivotal conversation with the Lord'."