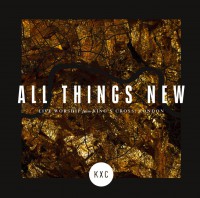 THE WORSHIP team of King's Cross Church, London, KXC, have released their first full-length album. The church, pastored by Pete Hughes (brother of worship leader Tim Hughes), has seen rapid growth from 40 to 500 members, with the average age of a worshipper being 28. The live album, 'All Things New', was recorded in February. American engineer/producer Andrew Jackson (Jesus Culture, Matt Redman) had flown in to the UK to produce the album, but died shortly after landing, aged only 29. Andrew's team made the courageous decision to continue and finish the project as a way of honouring him.

For more on KXC visit the KXC artist profile