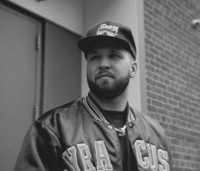 A FIVE-year-old track "Anything But Country" featured on Andy Mineo's upcoming 'Work In Progress' mixtape, now released as a single, has something of a prophetic resonance in view of the current US chart controversy over the blocking of the "Old Town Road (ftg Billy Ray Cyrus)" single by Lil Nas X from the US country charts because of its rap content. A press release for Mineo's 'Work In Progress', described as "raw, unremastered and alternative versions of songs recorded over the years," said that "Anything But Country" "calls out the stereotypes and biases that shape preference in music and dating."