'Work In Progress' mixtape to be released by Andy Mineo 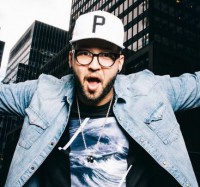 HITMAKING rapper Andy Mineo will be releasing on 23rd August a mixtape 'Work In Progress'. The 11-track project is described as comprised "of raw, unmastered and alternative versions of songs recorded over the years." A single from the project, "Keep On Movin'", featuring Britain's Guvna B has been released.