Eagerly awaited Jessie Dipper album to be released on 25th May 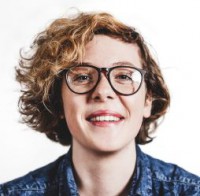 CRITICALLY acclaimed singer/songwriter Jessie Dipper, whose "Beans On Toast" has just made the Cross Rhythms playlist, has her "first official album," 'Audience Of One', released on 25th May. Said Dipper, "It is about wonder and what it means to be wandering through life when nothing seems to make sense and the powers of loss seek to trap you in. It's about my own story of finding and working through things and trying to find out more of who I have been made to be. Hopefully that will be resonant with the listeners, wherever they are, in whatever situation they're in."