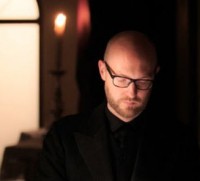 A SINGLE and video "Ave Maria" has been released by well-known British composer and pianist Edwin Fawcett. Said Edwin, "I wrote 'Ave Maria' in October 2015. The melody of the first two lines came to me quickly, and I developed the structure from there. I wanted to release the track, along with a video, during this centenary year of the Fatima apparitions. So in the spring of 2017 I arranged the choral and orchestral parts, recording the audio with my band, plus members of the German group Adonai Music."