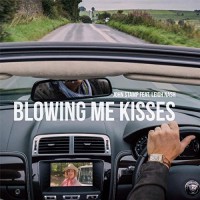 DERBYSHIRE'S John Stamp, who in the '80s and '90s toured with Larry Norman and more recently has been writing and recording with Boo Hewerdine, will release a single on 1st October. "Blowing Me Kisses" features Leigh Nash (of Sixpence None The Richer) and was produced in Nashville by John Hartley.