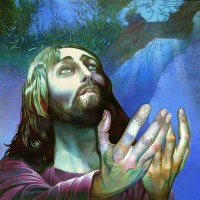 THE METAL band from South Carolina, Ritual Servant, who in 2017 released the EP '777', will be issuing their full-length debut album on 29th March. 'Metallum Evangelii' is issued through Roxx Records and a track, "Seven Trumpets", has been serviced to radio. Read a press release, "If you are a fan of that old school Slayer or early Metallica sound you MUST pick up this release! If you love your Christian metal to have a very straight forward and bold statement, than this release is for you!"