Boy And A Blade 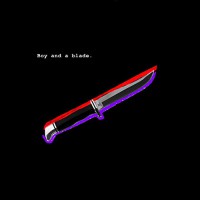 ACCLAIMED urban music artist Jake Isaac has released a single, "Boy And A Blade", to raise funds for the Synergy Network, a group of organisations and individuals dedicated to helping vulnerable youth, supporting parents and families whose children have died from knife crime and promote community safety. Said Jake, "Usually, when a song about knife crime/stop the violence is released, it's recorded by an urban act with either a rap or grime musical flavour. I thought it would be good to do something different and record music that would reach a non-urban audience. I've written the song to bring a different musical flavour."