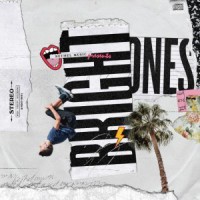 THE WORSHIP ministry from Redding, California, who in 2015 had a major hit with the 'Come Alive' album under the name Bethel Music Kids, have relaunched as Bright Ones. Their album 'Bethel Music Presents Bright Ones' is set for release on 27th April. It features a mix of original and cover songs including 2016's Worship Song Of The Year "No Longer Slaves" and was produced by LAEL, James G Morales, Seth Mosley, Mike "X" O'Connor, Rick Seibold and Jacob Sooter. The album is the soundtrack to the film Bright Ones, which is due to be released next month.