T-Bone bows out of hip-hop with 'Broken English' album 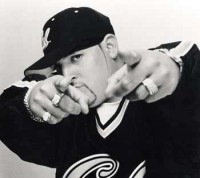 THE RENOWNED Rene Francisco Sotomayor, known to Christian and non-Christian rap fans as T-Bone, has announced that his new album, 'Broken English', is to be his last hip-hop recording. The rapper, who won a Dove award in 2008 for rap/hip-hop Song Of The Year and who released nine albums between 1993 and 2007 but only two since then, 2017's 'Pa Mi Dios Y Pa Mi Gente' and now 'Broken English', said, "This will be my last hip-hop record. Thank you to all my fans for all your love and support throughout the past 25 years." T-Bone has stated his intention of moving into Spanish dance/pop music.

For more on T-Bone visit the T-Bone artist profile