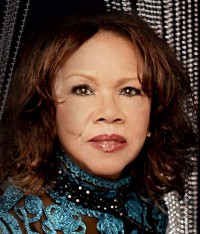 R&B AND gospel singer Candi Staton has been interviewed in a five page spread in the November issue of Record Collector magazine, which features a rare photograph of Candi in 1953 as part of The Jewell Gospel Trio when she was only 13 years old. The article covers a variety of topics such as the racism and violence she experienced when she first started in her gospel singing ministry. She remembered, "I was 10 or 12, and we travelled in what we called a caravan: one car following another car for safety. We couldn't stay in hotels; we'd have to pull off the road and park up to sleep. One time, we were in Mississippi under an oak tree. Suddenly, there were flashlights in the car windows: it was the police. They picked on one quartet - this was three or four in the morning. They started calling them the n-word; we were all afraid, praying they didn't hurt us. They said, 'Sing!' then fired a shot in the air so they sang. Then they said, 'Dance!' and fired into the ground. The group danced. And the police laughed, and called us the n-word some more and then finally let us go. It was so disrespectful, made us so angry, but we could do nothing about it."

Candi is currently promoting 'Unstoppable', which is her 28th album release. Commenting on the contribution that she and other female soul and gospel singers have made to modern R&B, Candi said, "The BeyoncÃ©'s and Rihanna's are standing on our shoulders; they just don't know that yet."