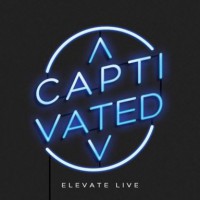 MODERN worship album 'Captivated' by Elevate Live has been released. Read a press release, "Several years ago Pastor Josh Wilbanks sat down with Tiffani Adams and shared with her his dream of Elevate's youth band at Calvary Assembly in Decatur, Alabama, doing their own original songs. It didn't take long for her to assemble a team of writers, singers and musicians. Alyssa Sohn, Jeremy Guyse and Alliyah Warren birthed the songs on 'Captivated' at the altar. We feel we are the forerunners to a prophecy that was given to our church many years ago. In the process God brought the perfect producer, Miika Weimann."