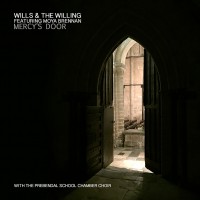 RENOWNED Celtic singer and front-person of Clannad, Moya Brennan, has teamed up with punk poet Ian Wills, who The Times magazine described as "the Ian Dury of the 21st Century", on a new single. "Mercy's Door" is released on 7th December.