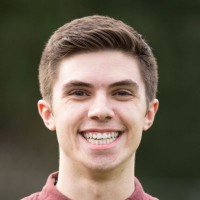 SEATTLE-based singer, songwriter, producer and rapper Isaac Peabody, who goes by the name Peabod and who recently signed to Centricity Music, has released his first single through the deal, "Shoot From The Hip". Read a press release, "Peabod brings to the label exciting talent and a unique sound: hip hop. The 24-year-old caught Centricity's attention with his independently produced music, an assortment of meticulously crafted rap songs. Peabod puts a new spin on the genre, yielding infectious positivity and wordplay that connect with audiences of all ages."