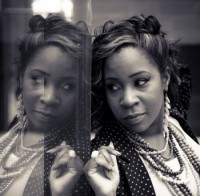 UK R&B gospel artist Ni-Cola has commenced a tour of schools in the Warrington area, supported by rappers Cavell and Crown Freedom. The tour is aided by Warrington Youth For Christ and also features a personal documentary video featuring Ni-Cola. Speaking about the school performances dubbed The Champion Tour, Ni-Cola said, "There's definitely been an unearthing of the treasure within young people encountered. The hope is to continue this Champion state of mind into their homes and everyday lives."