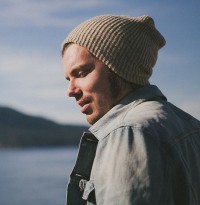 ONE OF America's most critically acclaimed singer/songwriters, Josh Garrels, is to release a new album on 9th August. 'Chrysaline' is issued independently. Singles from the project, "Closer Than A Brother" and "Butterfly" (released in May) and "The Banner" (released in July), have been issued.

Josh Garrels is no longer Portland, Oregon-based. He and his family have moved back to Indiana.