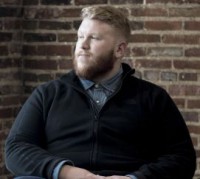 THE LONG-running record label co-owned by TobyMac, Gotee Records, have made a new signing, Cochren & Co. The singer/songwriter and piano player Michael Cochren hails from Montgomery, Indiana and has released his label debut two-song single, "Church (Take Me Back)" and "Grave." Earlier this year, Cochren was a co-writer of the JJ Weeks Band single "Fools Gold", which charted on Billboard's Christian Airplay chart. His recordings were produced by co-writer Bryan Fowler (Chris Tomlin, TobyMac) and recorded at the renowned Blackbird Studios in Nashville with musicians Paul Mabury (Lauren Daigle), Brent Milligan (Steven Curtis Chapman) and others. Said Michael, "My goal for 'Church (Take Me Back)' from the start is that it would stir people's affections for the Church and the local expression of it. Today it's pretty vogue for Christians to distance themselves from church in order to be relevant, but the church is God's design to spread truth and love. We should be lifting 'her' up and talking about how beautiful it is when the 'church' is being the church."

This song means so much to me, a pastor
for over 40 yrs. I believe today people
are hungry for the church like it used to
be, real & genuine with no interest in trying
to please the world or compromise the
message of the Bible to attract people in.
It inspired me to begin a sermon series on
The NT Church w/ messages about the
Foundation of the Church, The Faith of the
Church, The Foes of the Church and Final
Celebration if the Church. What a blessing this
Song has been to me. God bless
You, Michael.
Don Turner
HE>i(John 3:30)