Rock concept album by Falcone Rising to be released in June 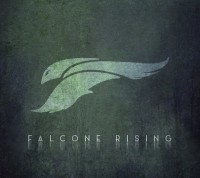