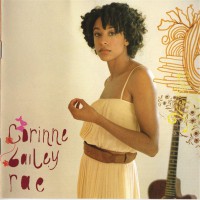 THE BRITISH singer Corinne Bailey Rae, who began recording with Leeds worship ministry Revive, became an international pop star with her hit "Put Your Records On", has been re-issued on vinyl. Her debut album, 'Corinne Bailey Rae', is out now on EMI.