US tour for Manchester's Rivers & Robots 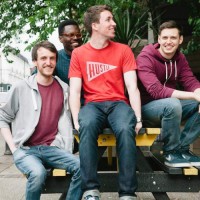 MANCHESTER-based Rivers & Robots are about to undertake a US tour. The band, who've released such best-selling albums as 'All Things New' (2014), 'Still Vol 1' (2017) and 'Discovery' (2018), will kick off their tour in Jacksonville, Florida on 31st March and finish in Totowa, New Jersey on 6th April. Read a press release, "The Discovery tour is an audio-visual experience like no other, where the band will be performing songs new and old along with captivating visuals - this is set to be a unique and inspiring night of creative worship."