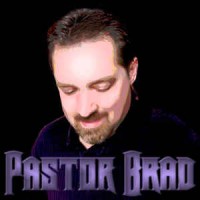 THE ALBUM 'Crush' by Bay City, Michigan-based Pastor Brad has been released. Read a press release, "'Crush' is an album of 10 '80s-influenced heavy metal songs that glorified Jesus as Lord and encourage listeners in their faith."