Do it all Deborah Denise releases new album 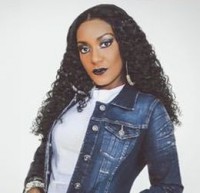 INDIANA-based artist and producer Deborah Denise has released the album 'Deborah 3.0' through DK Music Group. During many years of illness Deborah had to give up music but she then committed her life to Jesus Christ and was healed. Other albums from Denise include 2015's 'Prodigal She' and 2016's 'Psalms Of Deborah'.