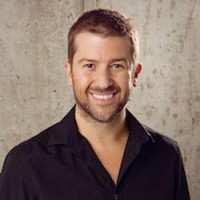 WORSHIP leader and songwriter Jon Egan, the former lead singer of CCM hitmakers Desperation Band, will release the album 'Unveil' on 29th March. Speaking about the Integrity Music release Egan said, "Sometimes, I write what I most need to sing. Worship is often a defiant act. It becomes a weapon to declare what you know will be, even if it isn't yet. . . standing face-to-face with the fear and darkness but instead of describing what you see, you declare what you know, choosing faith over fear. It's the singing and declaring of that truth that lifts you out of despair."