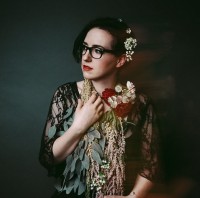 CRITICALLY acclaimed singer/songwriter Audrey Assad has released the first single from the crowd funded album 'Evergreen', set to be released in February 2018. "Deliverer" was written and produced by Audrey and Bryan Brown.