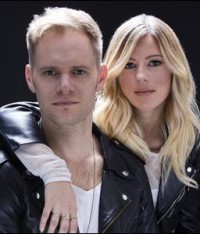 THE SUCCESSFUL CCM duo Love & The Outcome recently released 'These Are The Days (Deluxe Edition)'. As well as the 14 songs on the original 2016-released album, the new version includes a remix of "The God I Know" featuring rappers Steven Malcolm and Ty Brasel and two covers, a version of Police's "Every Breath You Take" and "Scars To Your Beautiful", originally recorded by Canada's Alessia Cara.