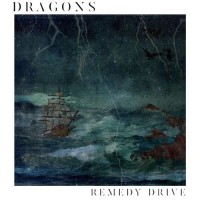 THE ROCK band from Nebraska, Remedy Drive, who have had such Cross Rhythms radio hits as "Valuable", "Daylight" and "Better Than Life", have released a new single. "Dragons" is from their forthcoming album 'Imago Amore', set for 29th January release. 'Imago Amor' is the third album in a trilogy of projects that focus on modern-day slavery.

For more on Remedy visit the Remedy artist profile