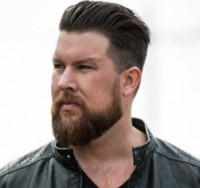 THE SINGER/songwriter Zach Williams, who won a Best Contemporary Christian Album Grammy in 2018 for his 'Chain Breaker' album, has released an Easter-themed single, "Empty Grave". A lyric video has also been issued. Williams is about to embark on the Rescue Story tour of the US which will hit 40 major markets from California to Florida.