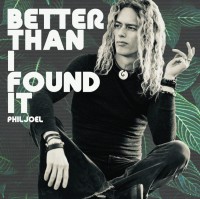 SINGER and songwriter Phil Joel, who sometimes tours and records with the Newsboys and his own band Zealand, will be releasing a solo project on 22nd January. 'Better Than I Found It' will be issued independently.