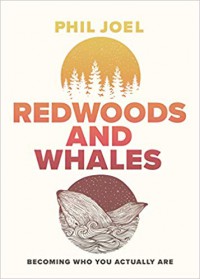 GRAMMY-nominated singer, bass player and member of Newsboys United and Zealand, Phil Joel, will have his first book published on 16th April. Redwoods And Whales: Becoming Who You Actually Are will be published by Thomas Nelson's Emanate Books, a division of HarperCollins Christian Publishing. Talking about the book, which takes in such subjects as depression, addiction and suicide, Joel said, "I never intended to write a book at all. It wasn't some kind of bucket list thing, I simply had an experience in northern California that I felt prompted to write down and then somehow it kept going and growing from there. Slowly, after I'd connected a bunch of dots, it began to shape into something that I felt might be helpful for anyone feeling stranded and a little disoriented in life. I hope the book will inspire people to pursue a life with God in the centre."