Chicago's We Are Leo collaborate with Ryan Ellis for single 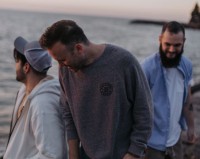 CHICAGO-based pop team We Are Leo have released a new song, "Eyes On U (ftg Ryan Ellis)". It was produced by frontman David Duffield and written by Ryan Ellis, Joseph Sanborn, Jalon Richard, Matt Gainsford and David Duffield.