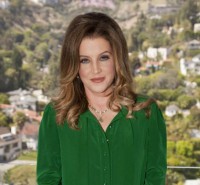 THE DAUGHTER of Elvis Presley, Lisa Marie Presley, sings with her father on a new album of the late star's music. 'Where No One Stands Alone' celebrates Presley's love of gospel music and is to be released on 10th August. It will feature 14 original performances recorded by Presley. The title track is a reimagined duet in which Lisa Marie sings with her father. Speaking of the album, she said, "It was a very powerful and moving experience to sing with my father. The lyrics speak to me and touch my soul. I'm certain that the lyrics spoke to my father in much the same way."