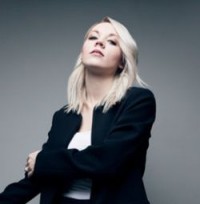 THE NASHVILLE-based singer Sarah Reeves, who has had nine Cross Rhythms radio hits since her launch in 2009, has released a single, "Feel The Waters (Ruslan Remix)". The original recording of "Feel The Waters" was issued as a single in 2018.