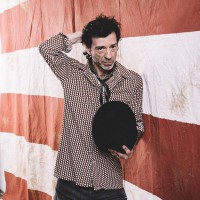 THE SINGER and songwriter Travis Meadows, who has had his songs recorded by such artists as Wynonna Judd, Lynyrd Skynyrd and Hank Williams Jr, will release his own album 'First Cigarette' on 13th October. It will be issued on McDowell Road Records.

Congratulations Travis Meadows! I can't wait to buy your album. I heard it on radio, I was moved for the fact that you didn't late circumstances stop you. I'm a man of struggle, not with drugs or alcohol but we live in a world where life is very difficult when you don't have support. You will be fine.