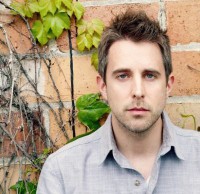 THE FIRST album release for new FCM Records run by Grammy-winning producer Seth Mosley is a self-titled project by one time Sanctus Real singer Matt Hammitt. Said Hammitt, "These songs have been written over the past two years of the hardest and most meaningful transition of my life. The opening track 'Heaven Knows' was written within the context of making the very difficult decision to step away from Sanctus Real. As each song unfolds a piece of my story, I believe that every listener will hear pieces of their own story in the struggle and the joy of this journey." On the album is a newly recorded version of Sanctus Real's hit "Lead Me" and a song "To The Finish" co-written with Hammitt's wife Sarah who also sang background on the track.