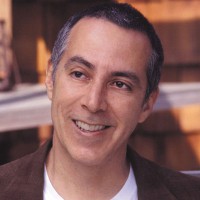 THE FIRST album in six years for award-winning singer/songwriter Fernando Ortega is to be released on 4th August. 'The Crucifixion Of Jesus' was co-produced by Ortega and Bernard Chadwick. Among the tracks on the project are "Stay With Me Here" featuring cellist Matt Smith on an adaption of Jesus's prayer in the garden of Gethsemane and "Ah Holy Jesus, How Have You Offended" showcasing the harmonies of Audrey Assad along with Jonathan and Amanda Noel. Said Ortega, who also serves as a worship leader at Hope Evangelical Free Church in Albuquerque, New Mexico, "I started recording demos for the 2016 Easter season, and some of the songs just kind of hit me between the eyes and I thought man, maybe this is the record I need to make, re-writing songs about Holy Week."