'Ignorance Is Woe' EP by A Martyr's Oath released 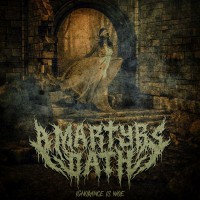