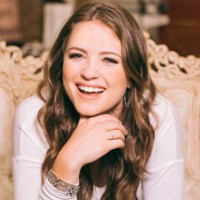 WASHINGTON-based singer/songwriter Leanna Crawford has landed a Cross Rhythms radio hit with her song "Funeral". It is from Leanna's debut EP, slated to release this spring with Story House Collective/Provident Label Group. About "Funeral", a press release read, "The poignant track sings about our identity and knowing who we are in Christ. Although the title appears to offer a sombre tone, the beat and lyrics for 'Funeral' are anything but - an intentional musical decision, considering what the funeral is actually for as the chorus sings: 'So, I'm throwing a funeral, funeral for the old me/I'm throwing a funeral, funeral for who I used to be/The new has come, the old has gone/Praise the Lord I'm moving on'."