Popular US rapper Flame weighs in with 'God Knows' album 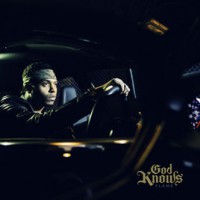 THE US hip-hop artist Flame, who has been nominated for Grammy, Dove and Stellar awards in the past and who has sold over 350,000 albums, has released the album 'God Knows'. Guesting on the project are Melinda Watts, V. Rose, Mike REAL & Wes Writer and others.

For more on Flame visit the Flame artist profile