Good For The Soul 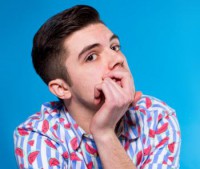 CENTRICITY Music rapper Peabod, who previously released two independent albums under the name Isaac Peabody, has released the album 'Healthy Snacks'. Among the 12 tracks are the 24 year old's first single "Shoot From The Hip" plus a collaboration with pop CCM star Hollyn on the song "OK". Peabod said, "'Healthy Snacks' is all about entering into joy because it's good for your soul, just like healthy snacks are good for your body. At a surface level, I just wanted to have as much fun making music as I could. On a deeper level, the joy throughout the album comes from knowing Jesus and understanding the Gospel. My hope is that people listening to the album would have a ton of fun with these songs and that they would also embrace the joy that comes with knowing Jesus."