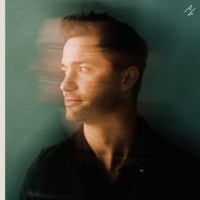 THE FIRST artist signed to Bowyer & Bow, the label owned by Chris Tomlin, Pat Barrett will release his full-length debut solo album 'Pat Barrett' on 20th July. It will follow on from the already released EP of the same name. Barrett, best known for his hugely popular worship song "Good Good Father", is currently climbing the US Christian music charts with his radio single "The Way (New Horizon)". Chris Tomlin recently told trade magazine Billboard about his decision to sign Pat to Bowyer & Bow. "Pat was our first signing because he's a phenomenal singer/songwriter-instrumentalist and also an amazing guy. I can't wait for people to hear his music. With Pat, I really believe that I found the perfect artist. He comes from the Atlanta based music-collective, Housefires, and he's never gone solo. I just can't wait for people to hear this music."