February release for 'Goshen' by Donald Lawrence & The Tri-City Singers 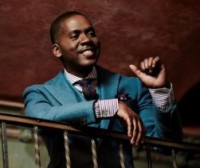 HAVING released a single back in May last year, the full album 'Goshen' by Donald Lawrence & The Tri-City Singers is released on 1st February through RCA Inspiration. The project features several guests, including The Murrills, Jekalyn Carr and Tank And The Bangas.