Skillet expand their activities to take in comics 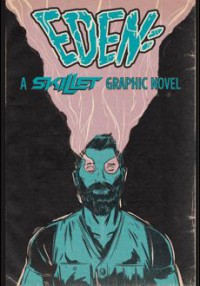 MULTI-Platinum rock band Skillet have entered into a collaborative partnership with Z2 Comics and are publishing Eden: A Skillet Graphic Novel in late summer. The novel is based on an original story idea by Skillet frontman John Cooper along with Z2 Comic's Josh Frankel and Sridhar Reddy. Writers Alex Paknadel and Dan Watters of Random Shock Studios are writing the comic with Cooper. Said Cooper, "I am beyond thrilled about Eden. It has always been a dream of mine to create a comic. Comics are still an important part of my life today and I can now share that love with my children with the release of this book. In many ways, this graphic novel is a natural extension of Skillet's career. It is about perseverance, unlikely heroes, and faith in what you believe."