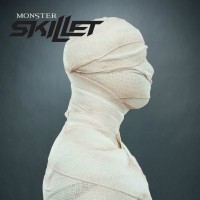 CHRISTIAN rock's biggest selling band Skillet are continuing to receive RIAA certifications with "Monster" becoming three times Platinum and "Hero" being awarded two times Platinum. "Monster" is still one of the most streamed rock songs of all-time with over three billion global audio streams. It is also one of Billboard's Top Halloween Songs, joining Michael Jackson's "Thriller" and "Ghostbuster's" by Ray Parker Jr.